Coming out as ‘bi’ is way different to coming out ‘gay’.

Think about it. One: there is a general opinion that bi people are confused and untrustworthy or that our sexuality is “just a phase”. Two: There’s added pressure to come out to everyone we are romantically involved with. We don’t have to – but then we carry the burden of not being authentic to ourselves or the relationship. Also, biphobic reactions are far too common and almost every bisexual person has horror stories to share about courting a straight or gay person for whom bisexuality was a deal-breaker.

When I came out to Jo, my girlfriend in uni, she dumped me. She said that she couldn’t live in the constant fear that one day I would realize that I was “actually gay”. She said that although she loved me, she’d always doubt my love for her. Years later, my relationship with Andrew didn’t go anywhere either. Worse, he wanted an ‘open relationship’. He said that he could never be serious with me since I was bi. He was scared that I’d leave him the moment my parents asked me to “settle down with a nice girl”.

A harsh truth that I learned when I came out was that for some people, my identity was always going to be defined by my orientation. As “the bi one” in most social circles, people find it easy to attribute whatever characteristics they associated with being bi, no matter how stereotypical, inaccurate, or offensive they are. I have been asked if I was sure I was bi and if I wasn’t “just gay.” I have also been asked if I’ve had trouble being monogamous in my relationships; if I have been sexually satisfied or craved intimacy with someone of a different gender than my current partner. Sometimes, people have the audacity to ask my partner of eight years too, right in front of my face, if me being bi doesn’t bother him.

It would most certainly be a bother to date someone who is bi, if one believed in these stereotypes. However, here’s something we know to be true about stereotypes – that they’re bullshit. They are nothing more than ideas based on stigma and ignorance, and often an inaccurate depiction of the community they claim to represent.

When I first decided to come out, I promised myself to be as authentic as possible. I wasn’t going to let one fear replace another. I am who I am – I am bisexual. My sexuality is not a character defect. 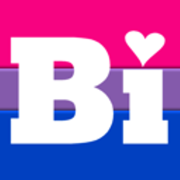 My sexuality is just a small part of my identity. But it is valid, it is real, and it is okay.