Namaste ladies and gentlemen, boys and girls, and people of all ages and genders! Venkatesh here, LGBTQ activist from the City of Joy Kolkata.

Since the age of 17, questions about attraction towards the same gender started playing in my mind. Is it wrong? Is it just a phase? Why am I getting attracted to guys and not girls? All of this kept revolving in my mind.

Back then, I was not aware of the term “homosexuality”. But at that age, internet access was very new to me, and I started utilizing it and browsing up on more regarding these questions. After several days of browsing, I realized my attraction towards the same gender was nothing abnormal. It’s very natural but many people just think it’s abnormal. I slowly started meeting guys from social networking sites who had the same feelings as I do. But a year later, things got a little complicated when my mother asked me “Don’t you have a girlfriend?”

My mother is my best friend, she always has been. I share everything with her. But this was something different. I asked her why she asking about a girlfriend. She replied,” You always mention the names of boys when you go out, and I have never heard a single girl’s name. Are you gay?”

I was terrified that if I had told her about my orientation, she would react badly. I tried to change the topic. I was not sure if I was gay or bisexual, back then. I needed time too before I could come out to her. My mother used to ask me this same question once in a month or two. And when I was 20 years old, and pretty sure about my orientation, the day she asked me again, I replied “Yes, I am gay.”

It was pin drop silence then. I thought the silence would lead to a major explosion. Then, after couple of minutes, my Mom said, “I knew about you but I just wanted to hear it from the horse’s mouth.” That day I felt I was on the top of the world. A few days later, I asked her if Dad knew about my orientation. She did not reply immediately, but later she said she had discussed it with him. Dad is a very calm and reserved person. He rarely converses. He follows the “Don’t Ask Don’t Tell” policy. Even though he doesn’t say it, he is aware of everything.

At the age of 21, I first attended a public LGBTQ Event called “Queer Hugs” in Kolkata organized by the online group Harmless Hugs, and it was a turning point in my life. There, I met many individuals who became good friends later on and are still in my life. After that, I began attending all the LGBTQ events in the city. My mother too walks in Prides too, she’s done a total of three, as well as marching on March 31, International Transgender Visibility Day. She has been honored and felicitated for the tremendous support by the Association for Transgender/Hijra in Bengal on April 15th, 2018.

During my journey, I slowly started moving towards activism. Till date, I am not associated with any organization, because I work for the community as an individual—an independent LGBTQ Activist.

I believe the first torture of queer people begins at our own homes. When you have such a supportive family especially mother, you are really blessed. It has been an amazing journey till date travelling across India for so many Prides, and meeting such beautiful souls on the way. None of this would have been possible without having such positive people around me, and most importantly the blessings and support of parents who accept me the way I am.

Let me tell you a story, A story about a person. Meghana was born on 7th of May

1999. Happy and healthy,they weren’t prepared for the world ahead. At the age of 15, Meghana felt a very different set of emotions for a senior, a beautiful girl this senior was. Meghana then realised that something is different. This was not in the biology books, this was not something their parents spoke about. Now you see there are two parts of this story. Let me tell you my story.

My definition of attraction changed when I met her, she was beautiful and fabulous and I was always found speechless in her presence. Now this feeling I had, I was never exposed to. I took about 6 months to accept myself and then I did. Now accepting is only the beginning. I started to learn, I had an intimate relationship with learning and exploring. I explored my sexuality, learnt and understood that I’m not alone and I have my lovely community. The first person I confided in was my friend and she seemed okay but months later my messages took rounds and I was devastated as from my small town, I could only think of the humiliation I would face. I went to length and bounds to talk to the people and I was outed to complete strangers. That’s when depression hit, I didn’t know what to do with myself anymore.

A few months later I got my acceptance letter and flew away to a university in another country and I felt freedom, I learnt more about myself and I dated the first girl, I dated her and loved her, well that was my perception of love at the time. Time passed by! I came down to visit my family, so I flew back but I was still in love with my girl. I felt lovely when she was around and one day I got a call at a very odd hour telling me that my girlfriend, took her own life. I wanted to know why. It was cuz her parents didn’t accept her sexuality. All the confidence I had to come out to my parents? Gone. Just like the wind. After a month of just silence and anxiety. I sat my dad down, we decided to watch all the Narnia movies. I then turned to him and said, you see all the adventure, happiness and love that they get in the closet, I only wish they could bring it outside the closet. That was the first step.

You see I come from a very orthodox family who doesn’t really believe in love to begin with, but my parents were gems. I once wrote a mail down to my dad, “Good Evening Papa. I have to tell you something. I’ve been keeping it a secret for too long. I’m pansexual. I’m more attracted to girl and I’ve had a girlfriend in the past. Please don’t tell this to Amma, she’s not ready to hear this. Remember Narnia, I want to bring out the happiness and adventures outside the closet. I’m sorry, please accept me. I love you unconditionally.” My heart skipped a beat when I sent him this mail, I was scared. I sat on the floor crying, praying that he doesn’t ask me to pack my bags.

Now you see with my mom, she still doesn’t accept it but she doesn’t say anything against it. I sat her down and just said it, she walked away into the room. She cried and didn’t talk to me for days. She was disgusted when I smiled at her but now she has come to terms with it. She loves me unconditionally no matter what. Now let’s come to the part where I came out to everybody I knew, Instagram was the best way. I added the words pansexual to by bio and I put up a story, which was it. My direct messages were flooded and I got a lot of support initially but most of the other messages were just that the person was lost and he/she didn’t know what it means. Now in the meantime of all this I knew from the time I could understand the word he and she, I didn’t like it. I didn’t like the facts that I had to be labelled. Now I was confused if I was genderfluid or didn’t like being specified into a gender. Then I realised that I got irritated the moment someone said she or he and then I realised, now this was hard explaining to my family but my cousins and everyone who loves me dearly respect my pronouns. Back to

Instagram, I updated it as Agender pansexual, now I thought it would be support or just being lost but this was the first time I got a death threat in the mail, then multiple calls shaming me on the phone. I got followed, thrown stones at and I lost a lot of friends and family. I will in the future too. There will be people who don’t understand it but to every one of you I shall say only one thing. If you are opening up, do it with pride and confidence because believe me when I say everyone has their own tale of Narnia in that closet. Bring the adventure, emotions, love, hate, challenges, joy and happiness out into this world, we all need it. 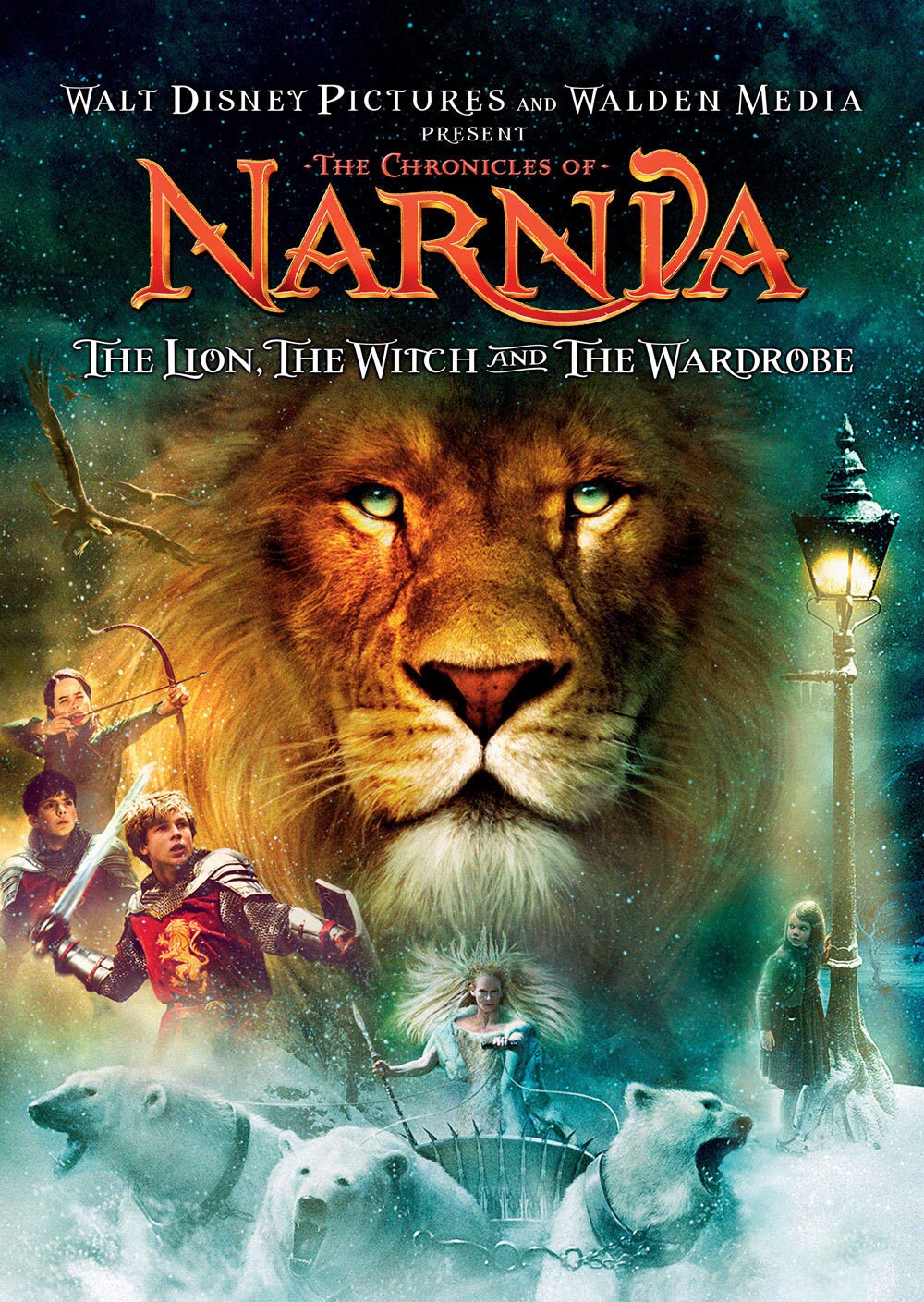 Everyone deserves to be happy and comfortable with their own soul. Love yourself and let no one take it away from you. So pick up your crown, Be the mighty Aslan and take your life into your hands. Express the beauty inside you. In the end I can say only one thing, Love wins, whatever the factors may be one, love made us, love brings us together and can destroy the most evil forces. Love free, live free.