During my childhood, I used to wonder why I was attracted to a few boys in my school but no girls at all. I wouldn’t say that I discovered my sexual orientation at a very young age, but there was something that always bothered me.

As I was growing up I began to realize that I was not alone but it wasn’t considered normal. I too had no desire to explore why I was attracted to boys the way boys were attracted to girls or girls to boys.

Internet had not arrived yet, the only source of information one had were the newspapers and the national TV channel. I guess if I had access to the internet then maybe I had done some search or reading?

Anyways, time passed and I was in college. Till school, either mom or dad was always with me wherever I went. Now I was traveling home-college-home all by myself. Dad didn’t buy me a two-wheeler so it was all public transport. Soon I realized that everything I had heard about women being harassed or molested even in public places wasn’t something limited to the female gender only. Whether it was transport or college, they were everywhere waiting to prey on you. I quickly learned that my safety was in my own hands, from confused to scared to stand up for myself against these predators was my journey till college came to an end. Access to internet played a big role in my life as it was the only source of information that helped me learn about myself. Now I knew that I was gay and I wasn’t ashamed of it.

You must be wondering why I am talking about my college life?

What I saw and learned during those days further pushed me to keep my orientation a secret. I knew better and knew that I had to pretend to be straight. I knew that it would have made me vulnerable and a soft target had anyone figured out that I was gay.

After college, I moved to Bangalore and thus began the Corporate life. Continued to pretend and slowly figured that Bangalore had its very own gay life. I never tried to find more about it but was always curious. I was aging into the life’s phase where my colleagues and friends were getting hitched and the obvious question came to me too.

Dad passed away due to a terminal illness, it was difficult times with my siblings in College. I felt that I had greater responsibilities on my shoulder than worrying about myself. Few more years passed, my siblings had started working and were no longer dependent on me.

Again, I had my life in front of me. I couldn’t take it anymore, I had started to feel guilty that I was lying to my family and friends. I decided that I should tell everyone. I posted it on my Facebook wall and didn’t check my account for the next 24 hours. What I had not realized is that the majority of folks on my friends’ list were from my work. I was nervous and even wanted to delete the post but the cat was out of the bag already! The next day I logged into my Facebook account and witnessed what I could have never imaged in my wildest of dreams.

My wall was flooded with appreciation & encouragement. Some even wrote to me privately that they now respected me more for coming out to them. I even got messages from my colleagues in international locations stating how happy they were to learn about me.

But it wasn’t over, I was yet to come out to my family. I wrote an email to my siblings and was surprised that they supported me. It was my mother who took time to come to terms with it. She didn’t speak to anyone for over a week after I had told her that I was gay. She had a lot of questions and didn’t know who to ask. She was confused same as I was once. It took a couple of years but she came along.

And then the ultimate happened, I met the love of my life! I had never thought that I would pursue someone but here I was expressing my love and care for the one and only. He said yes and since then life is beautiful and progressive. It all happened fast, we met with each other’s family soon after we got into the relationship. Yes, our families know about us and our relationship and everyone is happy.

You must be thinking that everything I wrote above is positive so where is the struggle, where is that part that everyone looks for when a gay man tells his story. I want everyone to know ‘what’ creates that positive experience, ‘what’ allows you to be yourself without the fear of being judged and alienated. It’s the ACCEPTANCE of your family, friends, and colleagues.

You can fight the World if you have your close and loved ones who love you back and support you for who you are.

Acceptance from family and friends and acceptance at the workplace have played a crucial role in shaping my life, the life that I live today. I didn’t know anything about the outcome when I made the decision to tell them about my sexual orientation. It’s their love and support that has inspired me to drive inclusion, to provide that positive and encouraging platform for our LGBT friends.

Your acceptance, be it a family member or a friend or someone at your workplace or your neighbor, will go a long way in helping us live a better and happier life!

PC: All images have their source linked.

Yes I didn’t come out to my parents but my surrounding society made them know about my sexuality. Yes I am Muslim and queer. I am proud of my sexuality, of being a 21 year old Bangalore based gay guy, and I am doing my graduation in well-known college of the city. Being a Muslim I never felt uncomfortable about my sexuality.

We are 4 members cute family, my mom dad and my sister who is 7 years younger to me. Being queer even I faced sexual abuse, harassment and blackmail during my childhood. In my childhood I thought I was only person in this universe who is attracted to same gender. My first abusive experience was with my own cousin brother, I was in just 8th grade at that time. Later my school senior when I was in 9th grade who abused me couple of times.

My mom was from rural area, she was 37 year when I was 20 and she was suffering my major cardiac problem called as Dilated Right Atrium. Only one side of her heart was working, I took her to all major hospitals in Bangalore and cardiac surgeons.

I felt alone and depressed. To find company I went to dating sites to overcome the sadness, I was around 20 then. I met many guys through dating apps, it was going on well. In the other hand I was the only one taking care of my mom, my dad and my sister never bothered. At my age every one love to explore their life and express themselves, so I was bit open to social networks such as Facebook and Instagram about my sexuality. I had great followings. I was active in events and parties. Another truth is that girls love gays and I had many girls following from my college and my neighborhood too.

I don’t know why I was in depression. Was that due to my sexuality or my problems at home? I was not able to bare my mental trauma, all my days were filled with tears. Every night my pillow and bed knows how many emotions I was hiding inside me. I was not able to withstand it. I had questions “Should I come out to my mom?” But I was not able because she was not healthy and she may get heart attack if she hears about my life because I was the only son for them. But the day came it was January 17 /2017 night my mom expired leaving me alone. I can’t forget that day how it was, I can’t explain it in any words. At last even I was not even able to express my sexuality and reality to my mom. My aunty took my sister because she was young and needed attentions. I was alone at home. My father was working from early morning and coming back by night 10pm. I totally house arrested myself for a month, none of my neighbors or relatives came to meet me. 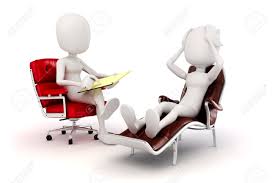 I myself want to meet a psychiatrist, I was not well. No sleep at night always crying and thoughts of suicide. My psychiatrist was very supportive to me, even though I went to a government hospital. She was the only doctor I meet until now, who was open to hear about my all problems

My neighbors and relatives were always speaking about my pictures on social media and many raised question if I am in gay. The rumor went into my father’s ears. I was studying for my final year exams, he came into my room just cried a lot, and I was today confused about what was happening.

All my relatives showed my picture & videos of my social media, which was bit girlish. My dad abused me so much with his words I was not able to bare them. But I thanked God because someone helped me to come out my dad. He house arrested me, morning from 9-4 college, at 4.40 evening I was to reach home. He was looking in my room, checking my phone; he was drunk and started abusing me and scolding as “hijra chakka ..gay” and all even my neighbors stared speaking that I am hi-tech gay. Not only neighbors, even my sister who is 7 years younger than me started scolding me. She acted like spy on me, she was carrying all information of mine to dad. My dad is blackmailing me if I go out or post any picture on social media he himself will commit suicide and write my name in letter.

I know my mom’s soul have understand the emotional burden I am hiding in me, I know she has accepted me from heaven I can even feel her warm hug!